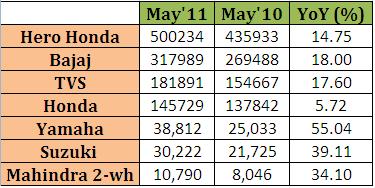 May 2011 Sales Figures – Pan India
Key Points:
1. Honda City sales again plunges down.
2. Diesel Vehicles Ho-Ho: Hyundai does make a VERNA-cular entry!!! Market leader in its first month.. Vento’s IPL run slows down. Competition gets stiffer. C segment cars now the most interesting segment in India.
3. Tata does below-par performance.. Nano sales down by around 3500 units when compared to April’11.
4. Production of Japanese car makers in lime light. Hugely in demand Toyota cars (such as Fortuner) does an average sale.
5. Maruti Suzuki Omni – 9333.. Can you believe that!!!
source: http://www.team-bhp.com/forum/indian-car-scene/102181-may-2011-indian-car-sales-figures.html
The 3 wheeler Market in India is over four decades old. Initially, only 3 seater passenger autos were introduced. In eighties, lower capacity cargo carriers were introduced – 0.5 Tons open body Pick-up van. Till late eighties, 3-Wheeler market was virtually ruled by Bajaj Auto Ltd (the only manufacturer). In late eighties – early nineties, new manufacturers developed higher capacity category by introducing 6 seaters & 0.75 Tons Cargo carrier. And late nineties saw a renewed interest in the 3-Wheeler market. Optimism about growing need of free mobility as well as the need for remote and efficient distribution of the goods and services was the key factors for the same.
But the growing consumer demands for safety, comfort and space led to the evolution of 4Wheeler in this segment in the form of Tata’s ACE in 0.75 T segment (year 2005). And it offered all the advantages over a 3W. The idea clicked and the market changed drastically. The advantages included car like driving, higher speed, larger cabin space, more balanced structure and stylish looks. The market changed radically and today 4W numbers are higher than 3W.

The 4W introduced ate into the market share of 0.75T 3W more than 0.5T 3W. But, smaller 3 Wheelers were still preferred in load segment as compared to large 3 W. The primary reason for this was the higher operating cost as result of lower mileage and higher maintenance cost of the newer 4 wheeler cargo loaders.
Classification:
In the three wheeler segment, the classification is broadly in terms of carriage (load) and passenger vehicles. Since the former does have a very limited capacity to carry goods and is not preferred by many, the three wheeler manufacturers are more into the passenger three wheelers. And the cargo/carriage segment is bifurcated into 0.75T and 0.5T. And the customer groups involve market load operators and the captive customers. 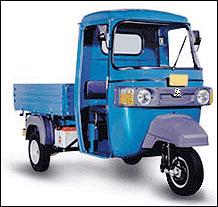 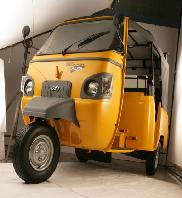 The overall Industry figure for Carriage+Passenger Diesel 3 wheeler sums up to 274233 units. Piaggio has emerged as an undoubted leader in this category.

Recently Mahindra Scorpio became the first Indian Brand to cross Half a Million fanbase in the social networking site – Facebook. This was no easy feat – the brand had grown affirmatively and now is 5,00,000 strong community on Facebook. The community grew from a meager 2,900 to 5,00,000 population in just 15 months! This depicts not only the craze for the brand but also the assuring brand loyalty over the period of time. 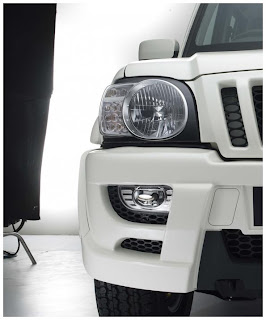 Mahindra has always been a pioneer in terms of online marketing and customer interaction. Facebook proved to be an excellent medium for the auto manufacturer to promote its brand and thus connect its fans online into a single forum. The reason for success of Scorpio online was the sense of “COMMUNITY” in it. The forum allowed the proud Scorpio owners to flaunt their machines and share their experiences. The Adventure Saga (in form of Mahindra Great Escape Rallies) even made it more glitzy and thus the Scorpio group became the ‘Adda’ of all SUV lovers. The most important contributions was from the Scorpio ‘brethren’ who contributed to the success of this phenomena.

The Brand had created a sect of its own. Many initiatives were taken to keep this fraternity alive. A coffee table book was released in 2010 which was filled with amazing adventures, unending acclaim and appreciation for the product. The book which was named ‘The Legend of Scorpio’ took the Brand building to a whole new level. It was one of a kind for any automotive brand in India and received rave laurels for the initiative by its fans. 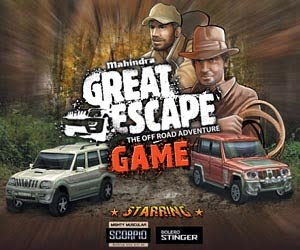 The next initiative in the line was an online game which allowed the gamers to drive their machines in most difficult terrains with relative ease. The game not only highlighted the off-road nature of the vehicles (Scorpio & Bolero), but also involved the participants to spend more time with these brands.This attempt of Mahindra was a great success. It won two prestigious awards at the FICCI BAF Awards 2010 viz., ‘Best Online Game and ‘Best Producer (Game Developer)’. And just in three months time Mahindra had one million unique visitors registered with a total number of eight million plays..!
All these initiatives have surely upped the ante for the brand; but have came out successful in creating a loyal fanbase for itself. Kudos to the brand for this wonderful achievement.
One of the world’s oldest motorcycle manufacturer, still redeems its cult status and has a tremendous fan following. It has a age old history in India too, when it used to sell its bikes to the Army (for obvious reasons the forces believed that the Bullet looked suitable for patrolling the country’s border). The bikes were made in England and were imported to Indian soil. The show is now managed and owned by Eicher Motors in India and have a production unit in Chennai.
Recently the Chennai-based manufacturer has prompted to accelerate the production of its hugely-in-demand products such as the Classic 350 and Classic 500. The production is planned to double from 50,000 units to 1,00,000 units in lieu of the demand. Currently the demand easily outnumbers the production, and also claim a waiting period of even 12 months for some of its top running models. This has spurted Eicher to dynamically invest almost 300 crores in a greenfield project to expand exponentially.
The company had grew 8.74% during the last financial year and had sold 54,475 units (which includes its 5 models which are sold in Indian market). The brand in a way has grown as a cult over the times and I wouldn’t be wrong if I describe it as an “Indian Harley”. They both share a common DNA – “Biking is a Religion”. Both the bike manufacturers have binded their customers with the sense of brotherhood, community and of all the sheer pleasure of driving these machines.The message is clearly stated in its advertisements/galleries. One such example is – 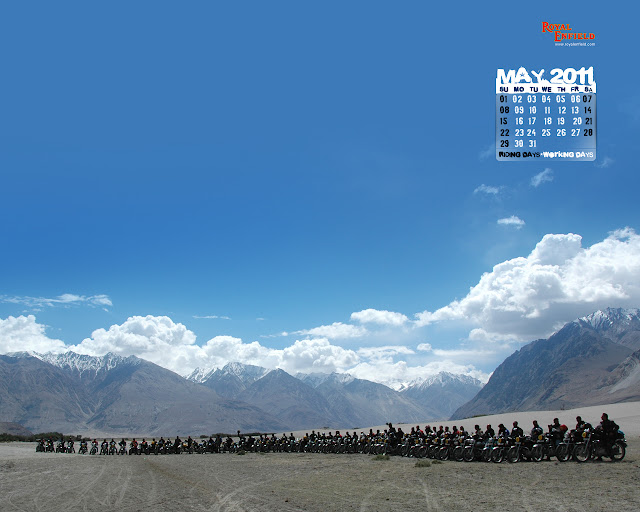 It can be clearly seen in the photograph how a bunch of bikers gather together in the himalayan odyssey with one intention – what they call it as the ‘Nirvana’. This is the kind of engagement the brand has with its customers. Royal Enfield organizes an adventure gathering of its customers called as “THE TRIP”. This is one of the most sought after biking extravaganza on Indian terrain. A similar stuff is done by Harley for its HOGs (Harley Owners Groups) where it organizes events where its customers are invited to participate in anything from local chapter rides to pin stops, to state and national rallies. 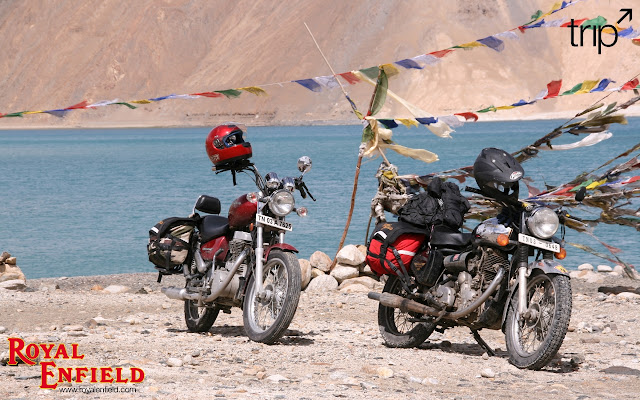 Royal Enfield has developed itself as a brand which is different in character and unique. Its products have grown to be known for its encompassing rugged styling, robust and durable engines. And I must commend the   company’s effort in keeping the brand alive true to its tradition and also re-juvenate the sense of ‘BIKING’ among its owners. Kudos to the RE team and hope that its expansion plans go well (so that its fans need to wait less for their rides). 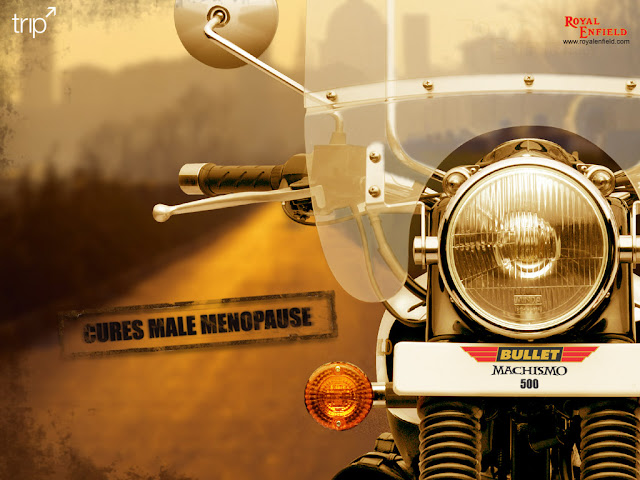