Skip to main content
The American giant’s best selling car in the Indian market has been the Figo. Launched just over a year back, Figo has already clinched no less than twenty different awards from various automotive publications, websites and television channels. It seems that the hard work put in by the guys at Ford has finally paid off.
Before the introduction of the Ford Figo, Ford was finding it hard to mark their territory properly in the Indian market. This was a company plagued with problems like poor re-sale value, high maintenance costs, inconsistent quality etc. Their best bet was the Ikon which was doing decent numbers, especially in the taxi segment. However, India being the land of hatchbacks meant Ford had to have a small car specially designed keeping in mind the needs and desires of the Indian consumers. 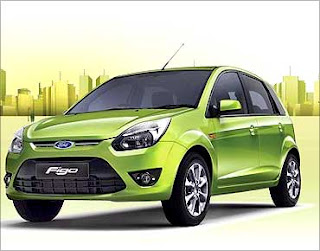 For starters, the car looks bold yet has an under-stated appeal about it. There are enough modern design touches and this combined with a huge range of color options means there is a Figo for almost every taste. Step inside and the Figo sets a benchmark for small hatchbacks. It is not only airy but has enough room to beat most similarly priced small cars like the Maruti Estilo. The design of the console is brilliant, quality top notch and enough practical touches to keep families happy.
Diesel is emerging as the common man’s favorite fuel and Ford was clever enough to make use of the same powerplant that powers the Fiesta, though in a different state of tune. It does its job pretty well in the Figo and is very fuel efficient as well. Another feather in the Figo’s cap is the way it handles in traffic. It is very nimble and the suspension is further tuned to take on Indian roads properly – something that most small cars today miss out on.

Ofcourse there are a few limitations with the Figo. Being a low slung car, getting in and out for the elderly can be an issue. Even the top end variant doesn’t get rear power windows and the petrol engine is weak on both performance as well as fuel economy. However, the positives easily outweigh the negatives here and this is the reason why Ford is busy minting money with the Figo, both in India and abroad.