Skip to main content
Everyone is discussing the downward trend of the Indian Automobile market. While India is in the hotlist of all the top OEM’s of the world; the recent downfall in the sales chart has raised a lot of questions on the lucrativeness of the market. The volatile trend is not a good sign. Analysts believe that the trend is to continue for another 3-4 months without any signs of revival. This has made the investors wary and the manufacturers scared. This amidst the fears have forced the OEM’s to announce heavy discounts in November and I’m sure the same will continue for December.

The most attributed reasons for the downfall are:
*Rise in Interest rates
*Increase in fuel prices
*Inflation
*And Labor Agitation in the biggest Automaker

The bad times even got worse with the last point mentioned in the above list. Maruti Suzuki is reeling to supply the vehicles according to demand and the labor issues in past 3 months have hit the production hard and has turned out to be the worst nightmare in MS’s history. This had a direct impact on the company’s sale and was even reflected in its Q2 results – the company saw a fall of almost 59.8% in its profit. MS used to be the mascot of the Robust Indian Auto Industry and its decline in profits raised many eyeballs. Even though with an exhaustive booking list for its new Swift (almost a lakh booking), the signs from MS aren’t too upbeat.
India’s two biggest Automobile manufacturers MS & Hyundai experienced a de-growth of more than 52% and 5% respectively. Although the reasons for the de-growth in MS was explicit; Hyundai’s downfall was worrisome even after the launch of its much awaited Eon. The industry was expecting a boost in Hyundai’s sales chart after Eon’s arrival.
While the growth of VW, Toyota, Ford and M&M was a sigh of relief for the industry. With festivities around these OEM’s performed as they were expected to do. The growth was primarily pushed by the introduction of new products in their stable – Polo & Vento for VW, Etios & Liva for Toyota, Figo for Ford and XUV 500 for M&M. We’re sure with the all new Brio and the re-worked Jazz will do similar wonders for Honda in coming days.
But, the recent increase in petrol prices have again fueled the discussion on how is it going to affect the industry. And to fuel the fire, the increase in Repo rates from the RBI will also hike the already soaring interest rates.
To explain on how these factors are going to affect the common man let us take an example of the following scenario – 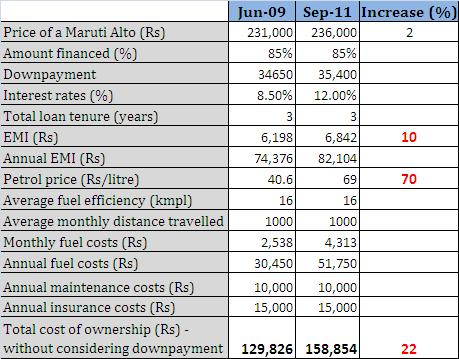 From the above table the following points could be inferred –

We at Management Punditz do not understand on Why does the government do not think about the Auto Sector and the people associated with it and is just concerned about the Oil Companies??? We’re sure that the losses beared by the economy as a whole is greater than the losses of the Oil majors. We hope government realizes the truth pretty soon.

However to exhibit the sudden upsurge in demand for diesel cars is due to the sustained increase in prices of the diesel and the long term benefit associated along with it. Today the performance and refinement between a petrol and a diesel car is surprisingly similar. Even the maintenance costs of a diesel machine has rationalized over the period of time. This makes Diesel Cars a sensible buy for the consumers. A perfect example to describe this – Out of a lakh bookings for the new Maruti Swift; 80 percent of the customers have opted for a diesel variant.
We hope that the recessionary trend in the Indian Auto Sector is short lived and as with the array of new launches, we see the sure-shot signs of revival.
Highlights:
·         Fortuner sales lowest in past 5 months – 763
·         Bolero – away from the recessionary trend clocks above 8000 numbers
·         Alto in its worst phase – once ruled the segment with more than 33k numbers has dropped to 15k
·         Sunny sees a brighter side – the value for money sedaaan from Nissan does impressive 1340
·         Chevrolet BEATs the heat with a successful more than 5k figure with its diesel offering (for Beat)
·         Verna stands tall as the king of C segment – again overtakes the Honda in its own game – does 4217 numbers
·         Etios proves to be a growth booster to Toyota – along with Liva gains 5851 figure
·         Micra clocks it’s all time highest 1619
·         Eon does a modest figure of 6315 and already is 8th in Top 10 selling cars of the month.
·         Brio does 1220. Honda is already busy with 6000 bookings of Brio and is reeling with components issue (due to flood in its parts/component base Thailand)
·         Sumo and Indica has their best offtake number in last 6 months – 2109 & 10812 respectively.
Source: http://www.team-bhp.com/forum/indian-car-scene/110482-october-2011-indian-car-sales-analysis.html

September has turned positive for all Auto Manufacturers except Maruti Suzuki which was reeling with labor and production issues. Indian Auto Industry expects to be bounce back with a much better performance this October. Hope that the market leader Maruti overcomes it bad times and lead the pack again…
In a recent interview Mr. Anand Mahindra made a remarkable statement – “We will create a system that is impregnable”. The same could be highlighted from Mahindra’s current position – it is the only company in the world to enjoy its presence in all mean of transportation, i.e. ‘Air’, ‘Land’ & ‘Water’. According to Mr. Mahindra the most defensible strategy is to do multiple things and the combination of those multiple things becomes very hard for a competitor to emulate. 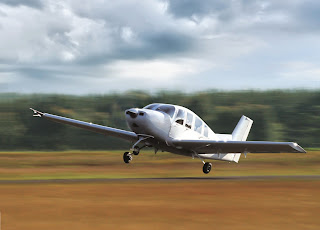 Recently Mahindra Aerospace & Government’s National Aerospace Laboratories announced the successful maiden flight of their jointly developed C-NM5 aircraft, marking an important milestone in their collaborative aircraft development programme.
This is the first step of Mahindra Aerospace’s dream “To do something potent in the regional aerospace – similar to what has been achieved in Rural Transport“. This is backed by acquisition of Gipps Aero and Aerostaff in 2010. Both the Australia based companies were involved in manufacturing small aircrafts and thus suited Mahindra’s vision to achieve ‘economical air transportation around the world‘.
The group is now also seen as the Indian Embraer! Anand Mahindra believes Indians would take to the skies if flying became affordable and Mahindra Aerospace will do everything to realize this dream. The dream of “Giving Wings!” 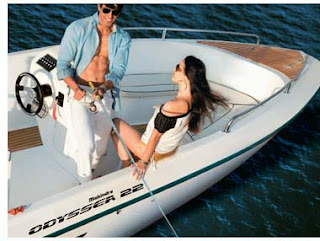 The company’s vision is to lead the development of India’s waterways and grow the marine recreation industry by offering customers an experience they will cherish. This further fuels Mahindra’s ideology of having a presence in almost every segment of the transport ecosystem.

Mahindra & Mahindra (M&M) manufactures utility vehicles (UVs), tractors, commercial vehicles (CVs), three-wheelers and gensets. It is India’s market leader in UVs and tractors. M&M, through its joint ventures
with Navistar, manufactures and markets medium and heavy CVs in India.
In land, Mahindra has dominant share in all its segments –
Mahindra earns a competitive advantage via a combination of a tractor and UV business in rural India. Both its UV and tractor businesses face very little competition and given that people earn their livelihood through most of their vehicles, its sales are less discretionary in nature. And Scorpio has proven to be a game-changer for the company and has help it transform its image from a people-mover to luxury SUV manufacturer. It has also become the group’s flagship for expansion into new market.
One in two tractors bought today in India is badged M&M after the acquisition of Punjab Tractors. Two joint ventures in China, one with Jiangling and the other with Yueda Yancheng, has made it biggest tractor maker in the world in terms of volumes!
Also the acquisitions of Reva & Ssangyong has strengthened its dream.
All this was keenly observed by famous strategist and thinker Mr. C K Prahlad and named the whole milieu as “FORTRESS MAHINDRA”. Fortress Mahindra means that if you go into a certain mobility business where you can share procurement, where you can share research and development synergies, where you can share logistics, where you can share brand, you can share channel and then create a mobility web where it becomes easier to enter a mobility business that somebody else can’t and easier to defend when somebody tries to emulate.
And as the historic moment of the launch of its most-awaited XUV 500 arrives, we’re sure that with this product M&M is sure of achieving its international dreams. We would like to end this post with wishing M&M all the best for XUV 500.
Reference: Business Today


A Ready-reckoner on Automobile Basics. Can be used as an extensive guide to train automobile grads along with a glossary of technical terms. Tried to embed with visual representations wherever possible.